After a stop-start cab ride from Suvarnabhumi Airport, my arrival in the lobby of the Shangri-La hotel Bangkok, tired after a long flight, is a palpable pleasure. At last I can relax.

Inside, a smiling young woman in a turquoise traditional chut thai welcomes me, palms together, as do the people behind the reception desk. I stroll across the marble lobby and into the lobby lounge, a vast, high-ceilinged chamber with panoramic views of the fecund brown waters of the Chao Phraya River. This lamp-lit space, flanked by a bar, is furnished with silken chairs and fittings. Outside, between the hotel and the river, massed tropical gardens and outbuildings are set around a sprawling pool. 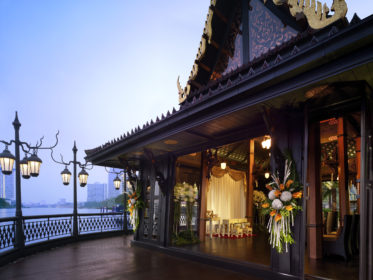 Dusk is falling as I’m ushered into my room, which looks out over the river. Dusk is falling and the lights of barges and ferries are churned into millions of points of glittering light. After two years of pandemic misery, it’s wonderful to be staying in the Shangri-La Bangkok! This is one of the world’s most iconic hotels, set in the heart of the country’s cultural, political, commercial, financial and religious epicentre known to locals as Krung Thep, City of Angels.

The Thais hope there’ll be more like me. Thailand had just 428,000 foreign arrivals in 2021, according to the Reuters news service, compared with nearly 40 million in 2019. In that year alone visitors spent about 1.91 trillion baht. (AUD77 billion).

“The pandemic definitely had a great impact on our hotel as the majority of our meeting groups or international conferences were either postponed or cancelled due to the uncertainty of the situation and the country [visitor-limiting] regulations,” says Virinya Maytheepattanachat, the hotel’s Director of Communications.

But here as elsewhere business prospects are getting better. “The situation is showing signs of gradual improvement with the easing of restrictions, especially [thanks to the confidence] of the organisers when Thailand hosted APEC 2022,” Virinya says. (In May, the Shangri-La Bangkok hosted an APEC senior officials’ meeting and related events.) 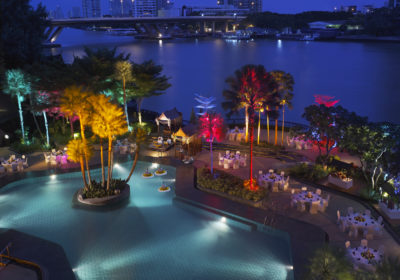 A variety of factors set this hotel apart as an events venue, Virinya adds. For a start, it’s the largest on the riverside in the city, occupying four hundred metres of water frontage, with 802 luxury guestrooms – with river or city views – in two adjacent towers, and 23 function rooms, one of which, the Grand Ballroom, can accommodate up to 1,500 guests for special events. Meanwhile a strong and experienced banqueting and events team can manage meeting sizes ranging from small groups to high-level heads-of-state gatherings.

And there’s plenty for delegates to do before or afterwards, Virinya points out. Bangkok is a diversified city with great food and an appealing culture, she says. There are new and upgraded convention centres within easy reach of the two airports via skytrain or underground trains. Many Shangri-La Bangkok events guests extend their stays to fly to the tourist island of Phuket or drive to the holiday town of Pattaya for short visits. “With direct access to the SkyTrain, public ferries and buses, the hotel is a lovely gateway.”

With conference room rates packages ranging between USD150 and 200 per night, depending on the season, the hotel represents good value for money when compared with five-star properties of similar quality in Singapore or other neighbouring countries, says Virinya. Moreover the managers consider special rates for off-peak months like April, July and August. 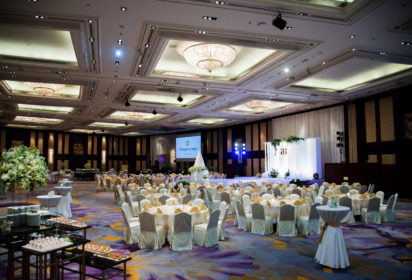 That’s a prime reason most of its MICE clients come from overseas, mainly the US, UK, Australia, Singapore and China, she says. They include pharmaceutical, IT, finance and medical organisations.

“Our social events including weddings, engagements, birthday parties, graduations and prom nights play an important role in our local catering [division] which is number two [in importance] after group catering.

A culinary journey awaits in the eclectic eateries, serving up traditional Thai and pan-Asian food as well as other cosmopolitan fare. There’s good street food around the hotel. The Siteseer paid 70 baht (about AUD2.80) for an excellent soup of pork, noodles and quail eggs.

More reasons for another visit. 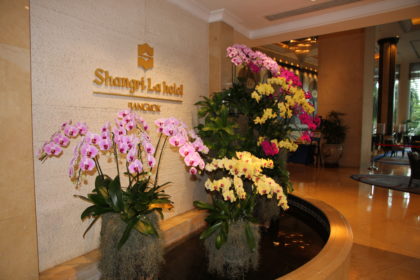 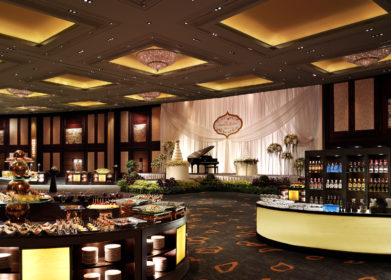 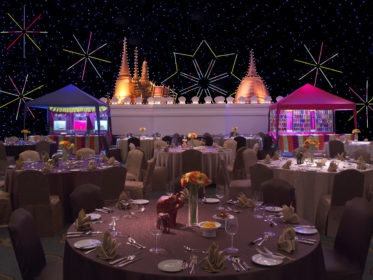 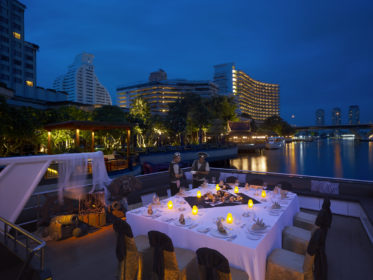 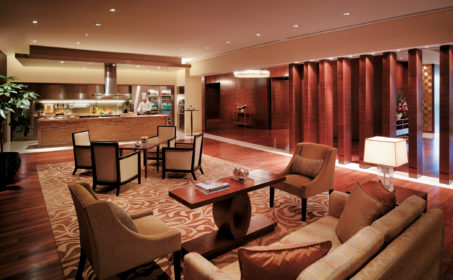 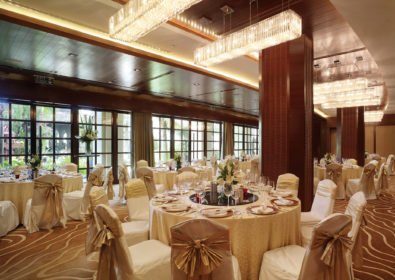 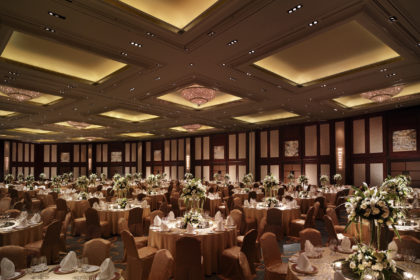 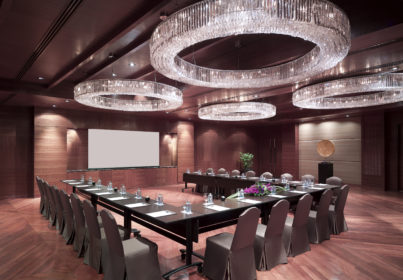 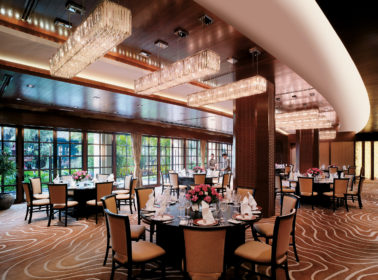 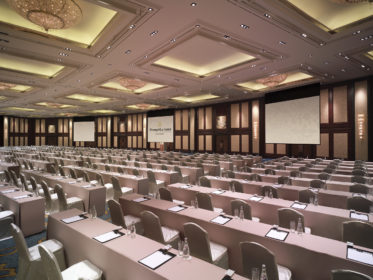 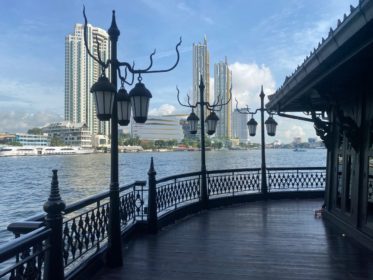 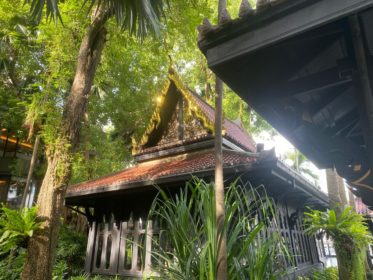 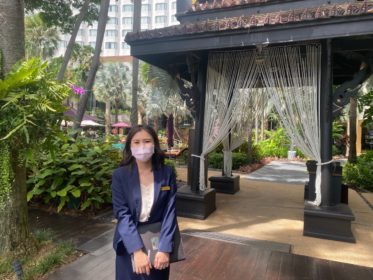 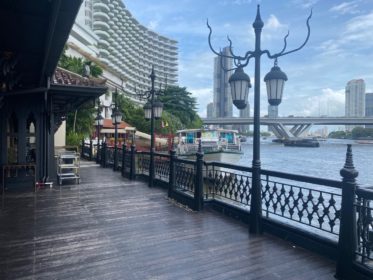 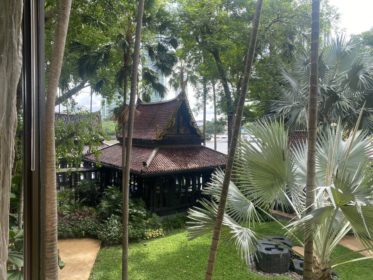 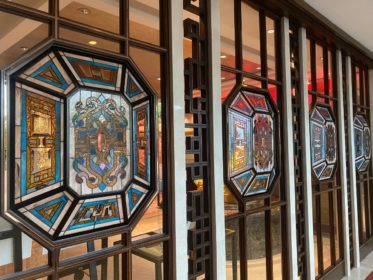 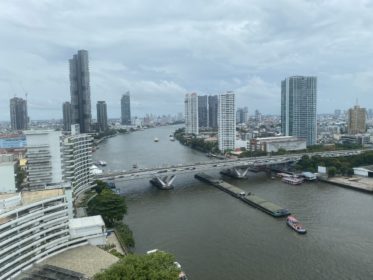